With the project called The Bushcraft Knife 2015, were I'm comparing 15 different robust forest knives I hope to find out what we really are looking for in a bushcraft knife. One of the test objects in this project is the Benchmade 162 Bushcrafter; a now three year old knife model that have been well discussed among us bushcraft enthusiasts. You can see the whole bushcraft knife field test by clicking HERE. 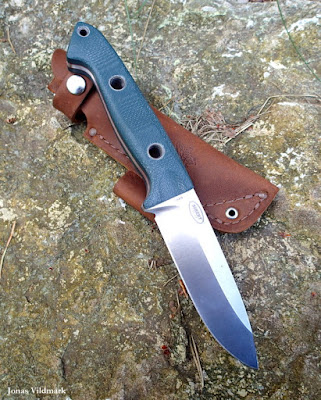 History
The American company Benchmade's history reaches back to 1979 in California when the founder Les de Asis and his wife Roberta started marketing their Balisong knife (butterfly). The Balisong originate from the Filipine marchal arts that lay close to Les heart. The business in California  picked up speed and by 1990 the company moved to Oregon were we today find Benchmade's head quarters and production. Today Benchmade offer a wide range of products; both folders and fixed blades appreciated by Outdoor people, Law enforcement, Military personnel and Collectors all over the world. Experiments with different materials has lead to the 9 different blade steels offered today.
Benchmade is a premium knife manufacturer and cooperation with well known knife makers result in interesting knife designs. One nice example of this is the 162 Bushcrafter designed by Shane Sibert. As the knives name indicates; this is a product aiming for the growing crowd of bushcraft enthusiasts, appreciating a robust knife for forest use. And when the 162 Bushcrafter was launched back in 2013 Benchmade also made it clear that this knife means business, by publishing a video showing the stamina of the product. 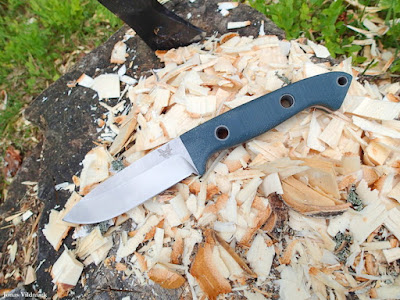 Design
The knife has the characteristic lines of a bushcraft knife in it's 112 mm long drop point full tang blade and big handle. The 4,2 mm thick blade is made of the stainless steel S30V and has been given an interesting edge profile. The edge is a high flat grind but instead of using the more traditional 40° angle to the primal bevel, the narrower angel of 30° are used to give a bit more bite into harder materials like wood. 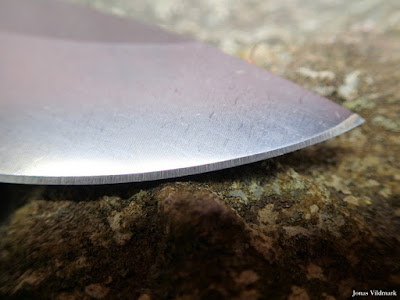 The back of the blade has sharp edges to enable good sparks form a ferro rod. This is actually a good example on how Benchmark value input from their customers. The first batch of this knife model actually had rounder edges to the spine. But when customers pointed out their need of flicking sparks off their fire tools by using the knife Benchmade quickly added this feature to the product.
The knife's handle is made of green G-10 that I think goes really nice together with the red vulcanized liners. The handle is hold together by pressed titanium tubes where the one on the end also can be used for attaching a lanyard. 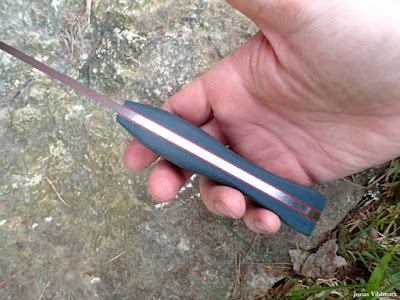 The sheath made of brushed deer skin is held together by seams and metal rivets and contain a removable plastic inlay. The sheath is equipped with a ferro rod holder and a D-ring for low carrying. No rod or dangler are included, but I've been using a carabiner attaching the D-ring to my belt. For high carrying a regular belt loop is to be found on the back of the sheath. The knife is secured in the sheath by a traditional snap lock. Unfortunately the sheath don't have any drainage hole by the blade's tip, so make sure the blade is clean/dry enough before holstering it. A Kydex sheath is also available as an option, the same sheath that is standard on the younger sibling 162-1 Bushcrafter that also have a desert colored handle. I haven't yet had the chance to look closer at the Kydex version, but I'm guessing the Kydex sheath enables better hygiene while hunting and dressing game. 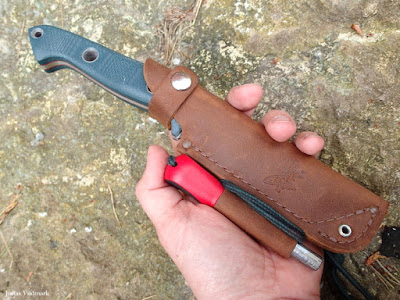 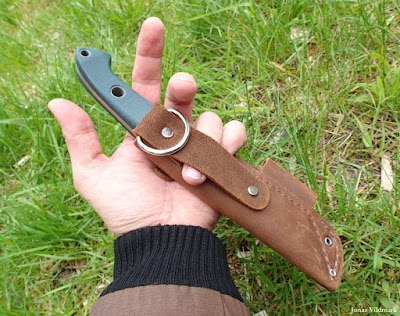 Robust Forest Knife With An Interesting Angle
I think it's inspiring that Benchmade and Shane Sibert are experimenting with bevel angles and this knife grows on me. But it ended up in 12th place in my bushcraft knife field test. The reason for this is the combination of a wide blade and a square shaped handle. Features that feels in your hands after hours of whittling. I know some users complain about the leather sheath but I like it. It allows flexible carry but be careful not to cut he leather when taking the blade out and inserting it. This is a good looking robust knife that I will continue using on my hunting trips in the Swedish woods. 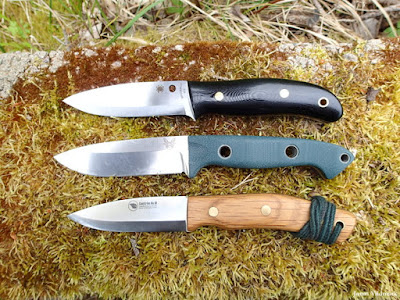